[close] Firefox users we wanted to take this space to let you know what Mozilla, the company that makes Firefox has been doing, and it's not good. Mozilla recently forced its CEO to resign because he had, 6 years ago, donated $1,000 to a pro-family political group. Apparently Mozilla is intolerant of anyone that disagrees with their Liberal/progressive view of politics. To read more please visit WhyFirefoxIsBlocked.com. We aren't blocking Firefox, but we feel it is important to let you know what's going on. For those who are curious, the reason why we are not blocking firefox is that the script to do so also blocks a variety of firefox alternatives, such as IceDragon and others which are similar to firefox and based on the same open-source code. We do think it is important to push back on this issue: for starters, you can leave firefox a comment here. You can also switch to another browser: here are six more free browsers (besides IceDragon) which are supposed to be similar to FireFox (because they are based on the same open-source code) but which are not otherwise affiliated with Mozilla.

Pope Francis is a fairly popular pope today, and the saint after whom he took his name is similarly beloved even among the non-believers (save a few very angry atheists, of the sort who also hated Mother Teresa). Something about the simplicity of a man devoted to the poor draws the respect and even at times admiration of people, making him seem more lovable. Oh, there are of course some who don't love him--either the pope or the saint--because of this dedication to the poor. It certainly makes those who are not poor in spirit uncomfortable to see someone who exhibits this beatitude; but on the whole, St Francis is among our most popular saints, and Pope Francis may be one of our most popular popes.

The same cannot, alas, be said for St Francis' contemporary, nor for Pope Francis' predecessor. Both St Dominic and Pope Benedict XVI are in the popular imagination associated with things like the inquisition (which in some cases was dominated by Dominicans, and the successor to which was run by Ratzinger), or the defense of doctrines and dogmas. In particular, those doctrines and dogmas which are found most difficult in their day, and thus which need the greatest defense.

But the dogmas and the doctrines are important, and we ultimately need a Church with a creed and a code as well as a community food pantry. It is because the Church is a shelter against the spiritual storms that she would also provide shelter from physical storms. It is because she sees sacramentally that she also ministers to the poor. She sees that the man who is poor and rag-covered is still a man, and thus is worth more than any riches; that a man who asks for alms is really no worse off than a man who prays that God will grant him his daily bread. Both recognize that they have a need, and both know that they must turn elsewhere for sustenance. The poor man sees this on a merely physical level, but the man who is poor in spirit may see deeper still, that his very existence depends on God's continual act of creation.

The two saints, Dominic and Francis, are indeed complements to one another, just as the two popes. The one focused on the faith which saves, the other on the charity which sanctifies. But that faith does not save when absent from charity--nor do the simple acts of charity suffice to sanctify without the grace which comes through faith. In the time of Sts Francis and Dominic, the world forgot the dignity of man as an ensouled body, and so sound preaching was needed in conjunction with simple poverty to waken the world from its heresy. Today the world is forgotten the dignity of man as an ensouled body, but the remedy remains the same saintly simplicity as then. We need men who are poor in spirit, and who therefore are able to care for the poor; but also we need men who are preachers of the Truth, because only these can truly uplift the spiritual poverty of the age.

Often, if we look closely enough, we will see that the two, the man who enters a life poverty for the sake of the poor is also quietly teaching, and that the man who is preaching the doctrines of the Faith is also humbly embracing poverty. Both are, after all, seeking to serve the same Lord.
Posted by A Hope-filled Pessimist at 11:44 AM

Some Blogs We Read

Some More Blogs We Occasion 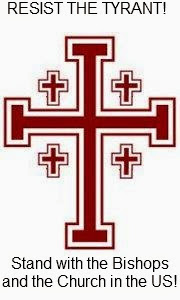